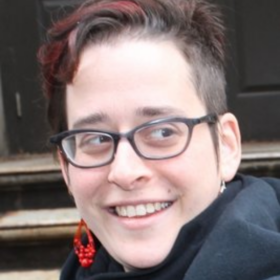 Hannah is the longtime Policy Director at Movement Alliance Project, which works at the intersection of race, inequality, and technology to build lasting community power. As the Campaign Director at the Prometheus Radio Project, Hannah helped lead the grassroots organizing and legislative strategy that resulted in the passage of the Local Community Radio Act – a bill that opened up the FM dial to thousands more community radio stations nationwide. Hannah has worked on varied groundbreaking projects, including crafting community based cable franchise organizing and accountability campaigns on major telecommunications organizations, building coalitions focused on accountable prosecutors, and reshaping debates on algorithmic decision-making in pretrial systems. Hannah is a former Soros Justice Fellow. She is a member of the Board of Directors at Fight for the Future; and she is a former trustee at the Valentine Foundation, the mom of two great kids and the partner to a brilliant community programmer.

Hannah led the CAP Comcast campaign – focused on holding Comcast accountable to poor and working people in Philadelphia and beyond. Hannah helped to build the Coalition for a Just District Attorney, a groundbreaking coalition helping to co-govern policy reform to end mass incarceration with Philadelphia DIstrict Attorney Larry Krasner.

She is a recent Soros Justice Fellow focused on risk assessment algorithms in pretrial decision-making, and a nationally recognized speaker and author on these issues. Hannah is a member of the Board of Directors of Allied Media Projects and at Fight for the Future; she is a trustee at the Valentine Foundation, the mom of two great kids and the partner to a brilliant community programmer.