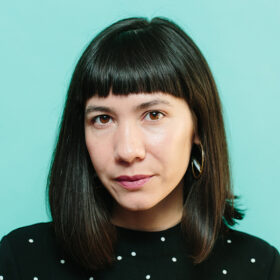 Jeanette Lee (she/her) is the co-executive director of Allied Media Projects (AMP), where she has worked in various leadership roles since 2006. Over this period she has led the growth and evolution of the organization through facilitative leadership, innovative program design, resource mobilization, and network cultivation. She honed the theory and practice of media-based organizing that is at the core of AMP’s work. She applied this organizing method to launch transformative initiatives such as the Detroit Digital Justice Coalition and the 12 Recommendations for Detroit Funders. She received her education in visionary organizing from her involvement with the youth leadership organization, Detroit Summer (founded by the late James and Grace Lee Boggs), and the national feminist collective INCITE! Women of Color Against Violence. She studied comparative literature at the University of Michigan. She is a mom, a dancer, and a motorcycle rider.