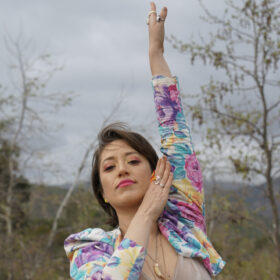 Nina’s bold outspoken style as a filmmaker and artist is rooted in her eclectic experience as the queer daughter of a Mexican immigrant mother and Jewish American father. As a writer/director she’s been shortlisted by the Latino Screenwriting Project and the Iris Prize for excellence in queer short filmmaking. As a video creator and content strategist, Nina rapidly grew Change.org’s engagement to over 600,000 views per video and won a Davey Award for Best Online Video Advertising for her work at viral video agency Portal A. She has mentored dozens of low-income young people in filmmaking and art though nonprofits in the Bay Area and New York City. Born and raised in San Francisco, she holds a BFA in Film and Television Production from NYU’s Tisch School of the Arts and is based in Los Angeles.