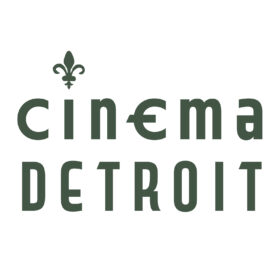 Cinema Detroit is an independent community-based non-profit arthouse movie theater and the only 7-day-a-week movie theater in Greater Downtown Detroit.

Since 2013, Cinema Detroit has delivered an eclectic, quirky and quality mix of contemporary, indie, cult, genre, and classic movies in the heart of the City. Located at 4126 Third Street, 48201, we feature movies in a unique setting – a former furniture factory – and freshly made popcorn, Faygo pop, and occasionally other locally-made treats.

Cinema Detroit exists to benefit the community and the arts, promoting media literacy and arts education, providing a community gathering place for watching films and for the dialogue that they spark, and bringing a breadth of film options, especially the best independent film, to the City of Detroit and the metro Detroit region.

We have worked hard to build a community of everyone who loves and/or makes film, to present as many underrepresented voices as we can, and to provide a space for the community to gather and discuss films.

When Paula Guthat, co-founder of Cinema Detroit, ran across a movie theater in a converted cable car garage in Providence, Rhode Island during the Summer of 2012, thoughts of the empty industrial spaces in Detroit immediately came to mind. There had to be some way to find a similar space and start it in the Detroit.

Finding an appropriate space was more difficult than imagined; cinema requires a certain ceiling height and no load-bearing columns every 10 feet.

While searching for a suitable space, Cinema Detroit decided to launch as a pop-up during Christmas 2012 to test the market and hone our vision. We wanted to bring movies to the City of Detroit proper and we wanted to keep prices reasonable. Today, Cinema Detroit is doing just that.