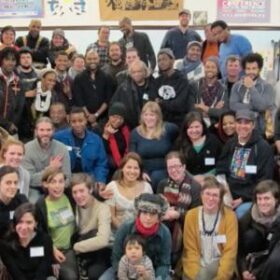 Detroit Future, an initiative of the Detroit Digital Justice Coalition (DDJC), was a city-wide movement to build a more just, creative, and collaborative Detroit through broadband adoption activities.

The Detroit Future Initiative lives on in People in Education (formerly Detroit Future Schools), which continues to provide digital media arts integration in Detroit area schools, Detroit Future Youth, which remains a collaborative network of youth and youth mentors across the city, and two projects which spun off of Detroit Future Media: Co.Open and the Detroit Community Technology Project.