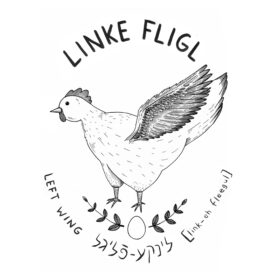 We guide participants in reclaiming our inherent belonging to land, tradition, and each other while confronting colonization, antisemitism, and assimilation. Together, we practice an embodied and land-based Judaism, centered in ancestral prayer and sacred text, woven with queer ritual and guided by Jewish time. Our educational programs and gatherings bring together queer, trans, and BIJOCSM (Black, Indigenous, Jews of Color, Sephardim and Mizrahim) to co-create community and pray, learn, cook, sing, dance, schlep, and live into the world to come.

We host immersive, queer, land-based celebrations of Jewish festivals and life on the farm, teach at various gatherings nationally, and participate in regional and national organizing of liberatory Jewish ritual and community. In addition, we have a small farm business through which we sell eggs, chicken, and apparel.

We use culture and community-building to create powerful alternatives to current institutional Judaism, which is too often entrenched in nationalism, xenophobia, land-extraction and cultural appropriation. We uplift and develop communal leaders across the US who are steeped in relationships to land, culture and tradition. In doing so, we apply pressure to the mainstream Jewish world to stand with Indigenous movements to demand land sovereignty and climate justice, follow the leadership of queer and trans Jews and BIJOCSM, and align the Jewish world more deeply with movements for liberation.

Since the fall of 2016, we’ve expanded thousands of people’s imagination of what is possible for marginalized Jews committed to continuing our tradition in alignment with ecological and social justice values. We grow organic vegetables, raise heritage breed chickens and host queer land-based gatherings towards the goal of supporting and catalyzing marginalized Jewish leaders as cultural organizers to bring these values to their home communities. We build community through off-grid, land-based chag (Jewish holiday) retreats and day long farm gatherings, as well as classes and programs that mobilize Jewish tradition to challenge paradigms of systemic oppression.

Your contribution allows us to keep building towards a queer diasporic Jewish future on land.