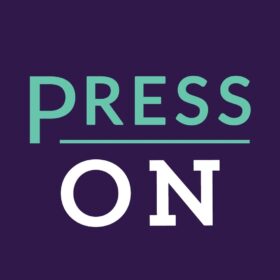 Press On is a Southern media collective that catalyzes change and advances justice through the practice of movement journalism. We are journalists, storytellers, and organizers rooted in, and practicing solidarity with, oppressed communities that birth social movements.

We are based in the South, and we strive to uphold Southern traditions of storytelling that have long resisted the systems of extraction, exploitation, and colonization that have defined mainstream journalism.

By providing a diverse set of resources including trainings, fellowships and opportunities for network-building, Press On aims to help journalists and storytellers produce reporting that’s driven by communities that are building power to create transformative social change.

Movement journalism is journalism in service to liberation. This does not mean turning journalists into soapboxes for activists, but fostering collaboration between journalists and grassroots movements, and supporting journalism created by oppressed and marginalized people.

Level Up: Transformative Education for Journalists is an education program that works to equip journalists and community media makers with the analysis, skills, and tools they need to transform the field of journalism and expand the practice of southern movement journalism.

The Freedomways Reporting Project is a fellowship program for journalists and storytellers of color in the U.S. South whose work serves to advance justice.

Learn about our trainings for journalists at presson.media/level-up.