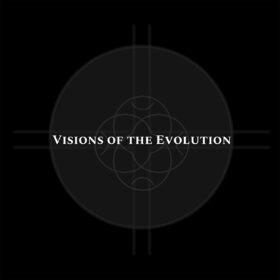 Visions of the Evolution: The Ritual-Performance Series

Visions of the Evolution (VoE) is a multidimensional healing-based project. The “devised healing ritual-performances” merges experimental poetry and prayer with performance, movement, sound, and ritual practices to open loving, audacious, and transformative spaces that invite us to explore, imagine, and continue the infinite work of our individual and collective healing journeys and new-world building.

Joining poetic and philosophical inquires, contemplations, and meditations with visual and performative representations, sonic resonance, and spatial design, VoE creates an immersive experience for participants to engage as a collective with the ideas through inventive, all-inclusive healing practices and imaginative ritual rites that affirm and honor space for both individual introspection and collaborative reimagining.

VoE explores ways we can open space within the public sphere – a site which routinely reinforces the narratives of our traumas – to bring our healing work, show up as our full selves, and collectively gather to share in experiences that hold and honor us in all of our complexities and histories. VoE not only asks us to critically contemplate what freedom, justice, healing, and loving mean to us but carves out physical spaces within for us to feel safe embarking on those vulnerable contemplations as individuals and in community with one another.

This project constructs expanded archives of possibility, asking us to reflect on the universal questions of who and why we are and how we might move through this liminal space between past and future, to reassemble our world, with as little fear and as much love as possible.

In the liner notes of D’Angelo’s seminal album, Voodoo, poet and musician Saul Williams writes, “I personally believe in art as it exists in the context of the phrase ‘thou art God.’ In this phrase, art is the word that connects the individual (thou) to their higher self (God) or to that which is universal.” In his book, Ritual: Power, Healing and Community, Malidoma Patrice Somé, writes, “The focus here is not on ritual itself, but on opening up something in hearts and spirits that has been locked away so long that individuals can barely remember the source.” “Ritual,” he continues, “is called for because our soul communicates things to us that the body translates as need, or want, or absence.” Throughout indigenous African ontologies and across Afrodiasporic frameworks, the artist and the healer were viewed as one in the same. Art was always a healing practice. Healing was always an artistic medium. It is from this lineage that Visions of the Evolution was born. And it is within this framework, that Visions of the Evolution takes shape.

Because healing exists beyond definition and beyond measure, with no linear beginning or end, this ambitious project goes beyond the boundaries of literature and beyond the parameters of performance to reimagine, model and practice, freedom as not mere theory or concept, but an active and embodied process, as communal as it is individual. Our healing guards the gates of our future, free. Assata taught me that “we need a r/evolution of the spirit.” In her words, “it’s not enough just to change the system. we need to change ourselves.” The Visions of the Evolution ritual-performance series encourages, opens, and creates space to embrace the transcendent work of changing ourselves in service of changing the environments around us which make up our realities.

Learn more about how to get involved.

Support Visions of the Evolution

Your contributions will fund the costs of production for upcoming Visions performances, film productions, online events, and public installations.