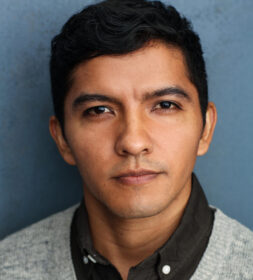 CARLOS IBARRA (He/Him) is an award winning creative producer, writer, director, and actor. He has over 10 years of experience in the film industry working across development, financing, production, and management. He oversees projects from their inception through completion- he develops projects, creates strategy, puts together a cost-effective production, runs the set, and delivers a high quality product that achieves its true potential. Previously, he worked as Head of Development at 141 Entertainment. While at the company, he sourced and reviewed scripts for film and TV projects, pitched content ideas, maintained client relationships, and contributed to the creative production of projects. Company projects include: Ingrid Goes West, Marjorie Prime, and Sesame Street, Palestine.
Carlos is the founder and CEO of FutureSelf Media, a boutique media company specializing in film and TV development and production.  Carlos actively works on films, commercials, new media and music videos either as a director, producer, line producer or production manager.