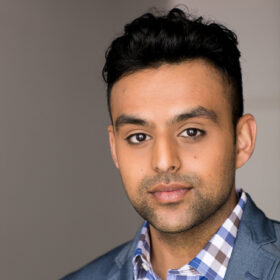 NIRAV BHAKTA (He/Him) is an award-winning Director/Actor/Writer. While growing up as an undocumented immigrant in motels, Nirav utilized the restraints of his environment and geographical boundaries to create with what he had. Nirav’s background in story telling extends from Architecture to the North Indian classical dance form of Kathak. Due to the lack of authentic roles and experiences as an actor, Nirav began creating zero budget short films focusing on the immigrant experience. His films have screened on platforms such as HBO, CBS, Disney+hotstar and a number of festivals such as Outfest, and the Los Angeles Asian Pacific Film Festival.