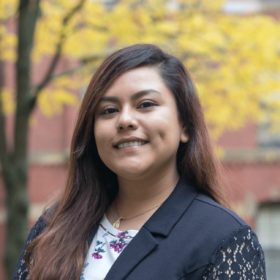 TANIA DOMINGUEZ-RANGEL (She/Her) was born in Mexico City and raised in the suburbs outside of Atlanta, Georgia. She graduated with a joint Bachelor’s degree in Romance Studies and Film Production from Harvard University in 2021. She has written on Latina culture and entertainment for Her Campus Media and Stories from the Border. Her work in film includes cinematography for the short film Mangobaby, featured in Southern Fried Queer Pride’s inaugural film festival in Atlanta, as well as writing and producing Dia de los Muertos: A 25 Year Retrospective for Milagro’s Season 38 Day of the Dead Celebration. She explores Latinx cultural history, migration, and internet culture, through various creative mediums. She is currently based in Portland, OR.